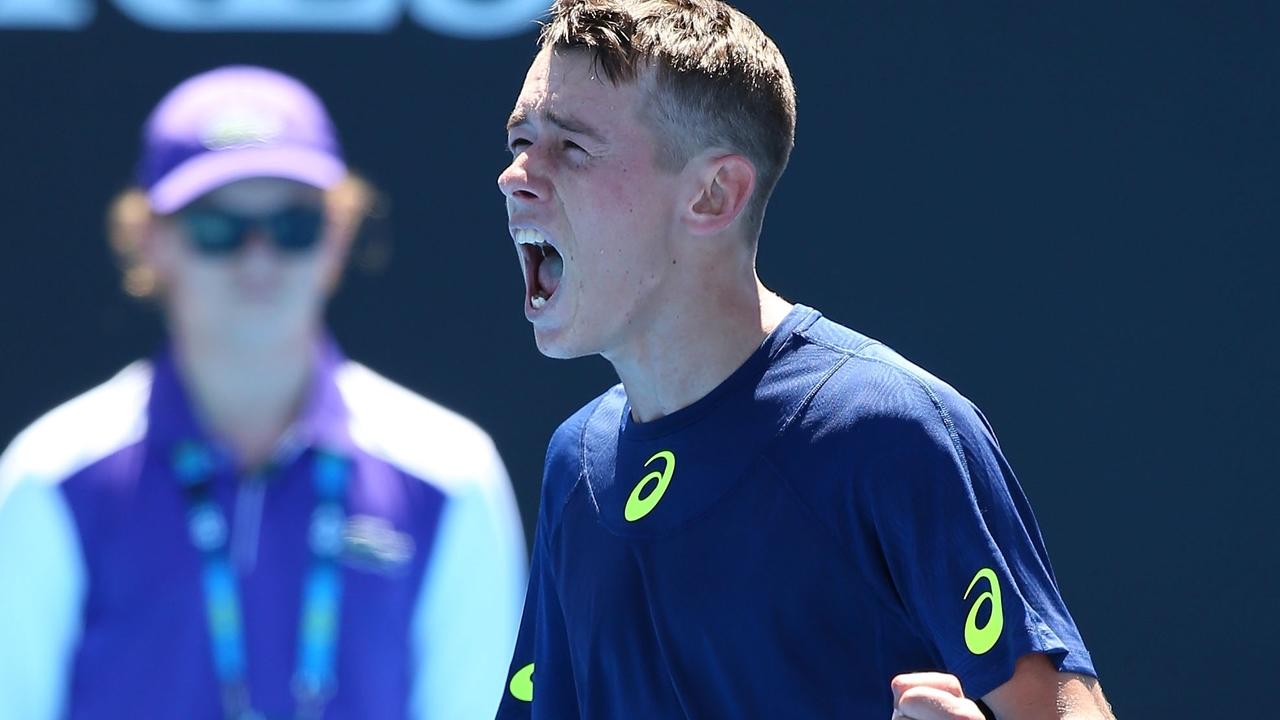 1.) What To Do: Players should fight hardest when their opponent is trying to finish them off, because it’s more likely that they’ll play poorly at this time

While so often players tap out and fold meekly when it gets time for their opponents to serve for the match (or close to it) champion veteran Stan Wawrinka and 17 year-old newcomer Alex De Minaur got tough at the right time and reaped the rewards.

For Wawrinka, down 4-3 40-15 in the 5thagainst a rampant Martin Klizan, the reward was a 6-4 in the 5thvictory. And his post match quote summed up the importance of fighting till the end when not playing your best, “Wasn't my best tennis today, but was fighting, trying to stay in the game, fighting a lot.”

For De Minaur, looking gone at 2 sets to 1 and 5-2 down in the 4th, he seemed to harness memories of Lleyton Hewitt at the same tournament to squeak out of the set 7-6, giving him a chance in the 5th.

Which brings us to the next important lesson…

2.) What Not To Do: Choking won’t cost players matches, because the choke always ends when the lead is lost…What costs players matches is getting caught up in the difficult thoughts about the choke. This is different and Very important to understand.

Choking is normal and it happens commonly at even the highest levels of our game.

But what happens after the choke is one big thing that separates the effective from poor competitors.

As a choke subsides it is almost always followed by difficult thoughts about the event- “You idiot, you’ve messed it up,” “You do this all the time”, etc, etc…

But right at that moment mentally tough competitors ‘unhook’ themselves from the almost inevitable self-degradation and recognize the fact that the match is now even and a good chance to win it remains…They follow this by returning attention to a helpful process that increases the chance of success and committing to actions that achieve that.

However, while De Minaur’s opponent Gerald Melzer may usually be a good competitor, on this occasion at least he was not, committing one of the ultimate competitive sins.

After he had tightened and failed to close the door on De Minaur, he was understandably frustrated. Unfortunately for him, by the time he was behind in the tie-break he was consumed by these difficult thoughts about the situation and never recovered.

IF ONLY Melzer could have become aware that it was not the situation…not even his thoughts about the situation…But the fact that he was ‘hooked’ up in his frustration thoughts that was the problem….

If he had just been able to look down the other end and been able to pay attention to the fact that De Minaur was beginning to cramp, his young body not used to the toils of 5 sets, and recommitted for the 5th, he would have almost certainly walked away with the win.

But that never happened…

Instead, acting somewhat like a slave to his “you should’ve won this in 4 sets” thoughts, within 15 minutes he was down 5-0…

By this point, De Minaur’s physical problems become so pronounced that he had to take time between points to stretch his cramping body, and Melzer must have recognized the huge mental mistake he had made.

He had thrown away a chance to move on to the next round in a Slam, not so much because of getting tight towards the end of the 4thset and letting it slip, but because he had failed to respond effectively once the choke had subsided.

For him a sleepless night I’m sure ensued…While for De Minaur, his incredible fighting victory further vindicates those who see him as a future star.

We've prepared for you a simple 3-step Activity that we use with all players so they can respond better to nerves in pressure situations that challenge even the best players in the world...You can see the activity here...