How Medvedev is Becoming a Mental Master

But it was Medvedev who found the finish line.

Please take a few minutes to listen to his post match reflections (he was incredibly candid) and my thoughts on the vital learning lesson we can take from it.

Djokovic vs Medvedev: Some Thoughts on Medvedev's Mental Fold 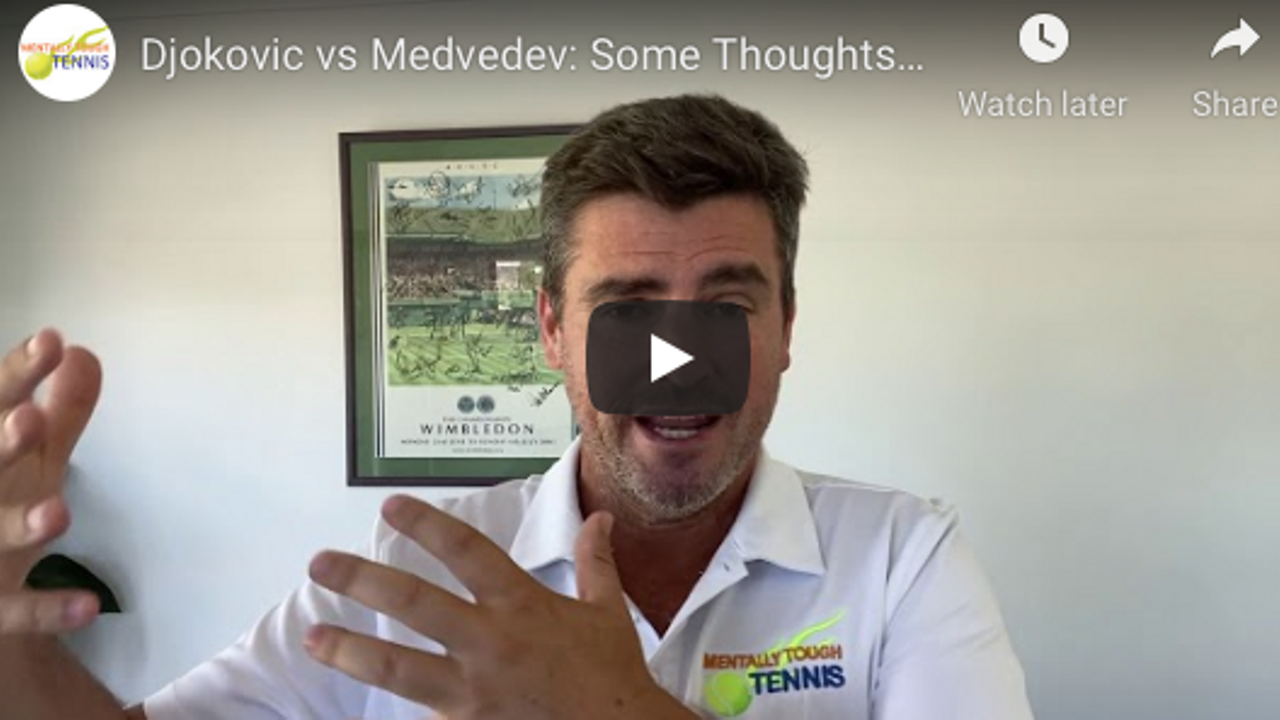 Novak Djokovic is still the undisputed king of the Australian Open and with each new Slam victory the likelihood that he will end his career as the all time male grand slam leader becomes more likely.

And for Daniil Medvedev what seemed like a possible changing of the guard yesterday now appears like more of the same old story- the young guns still have quite a ways to go.

In Medvedev's case, the capacity to cope with the greatest challenge took a significant hit as he mentally folded from about the middle of the match.

Here are my 3 main mental reflections from the match...