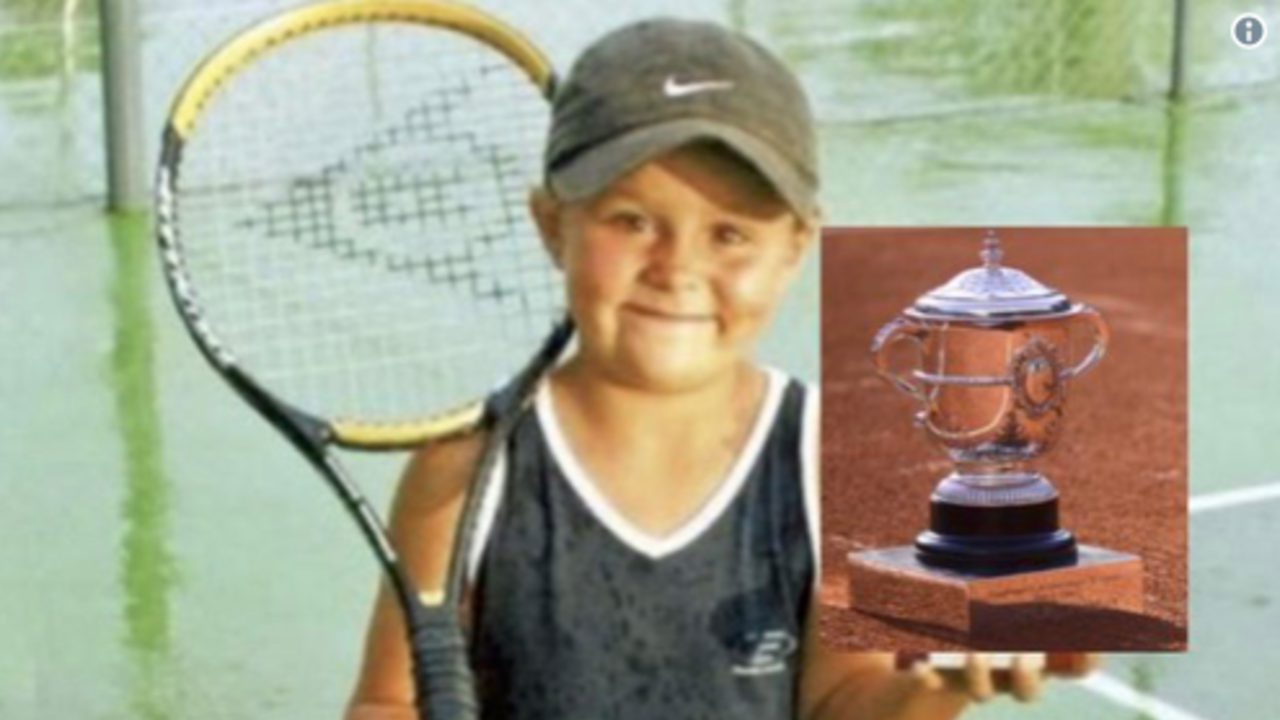 During my time as a Tennis Australia Psychologist I spent several years working at the Brisbane Academy with a group of about 15 players. One of those players was Ash Barty. Here are the 6 key reasons I believe she is now a Champion on and off the court…

1.) Competitiveness: Ash is super competitive. From a very early age she was always looking to compete in whatever she did. Whether it be playing table tennis, to kicking the footy with the other players in the group.

2.) Physical Talent: I still remember the 1st time I saw Ash play when she must have been about 9 years old. I walked into the tournament and saw one point where this tiny girl hit a great kick serve and followed it with amazing feel during the rally. I can still remember the amazement of that moment today...

3.) Stubbornness: Ash has always wanted to do it her way. She wouldn’t implement any suggestions without a very good explanation of why it could be helpful. She was always committed to forging her own path and had little interest in following anyone else's. It was a deep self-belief that has been cultivated with great support from her family, coaches, and mentors along the journey.

4.) Great Professional Support: Ash has been been incredibly blessed to have had the support of many caring and skilled professionals along her journey. First stumbling on across her life-long mentor and coach Jim Joyce. Then having the stars align by being coached by tennis mastermind during the MOST important developmental years of 10-13, Sean Fyfe. Then, as she began to travel internationally, being guided by former Aussie player Jason Stoltenberg. And in her recent years since coming back to the sport she’s been lucky enough to be coached by Craig Tyzzer, and mentored by great people like Casey Dellaqua and performance coach Ben Crowe.

5.) Family: Ash' s family are among the nicest people you will ever meet. My experience of her parents Rob and Josie were that they were just great parents who loved and supported all of their daughters no matter what they were doing. One of my favourite memories is seeing Ash’s whole family including her sisters watching Ash play a local tournament in Brisbane 4 years ago when she was taking a break from the tour. All enjoying being together and watching Ash play no matter hwat tournament or what level of competition it was.

6. ) Perspective: When Ash took a break from the pressures of competing on tour, one key component she was able to develop was a level of perspective, gratitude, and purpose for tennis that is very hard to develop for players that have never spent time away from competing.