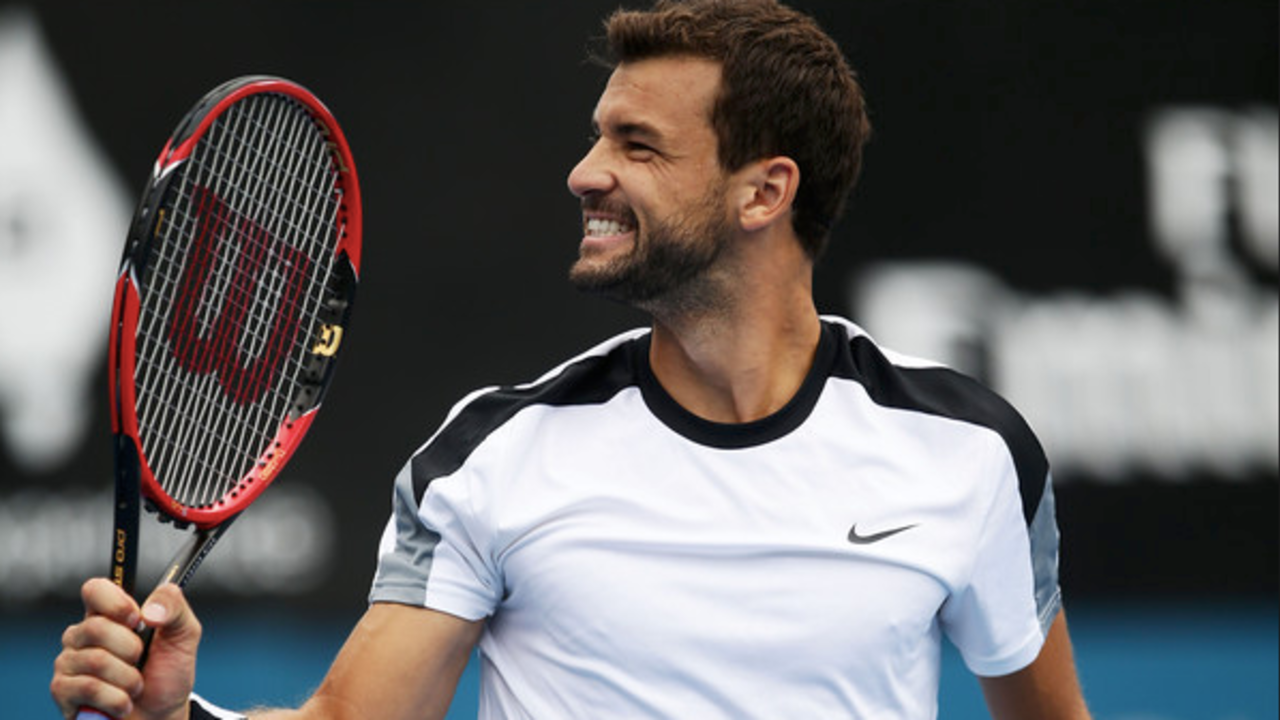 Just over a year ago Grigor Dimitrov looked every bit a player who was destined to be remembered as a career underachiever.

Nicknamed ‘Baby Fed’ when he emerged from the juniors as World #1 for his similarity in technique and gamestyle to the great Federer, it seemed just a matter of time before he became one of the game’s very elite.

But 7 years later that destiny had not materialized and at the end by the end of 2016, having not yet achieved an end of year ranking in the top 10, a new wave of young stars were starting to pass him by.

Fast forward to last night however, and we were looking at a very different Dimitrov…

One who has redirected the path of his career with the help of an obviously very skilled coach in Dani Vallverdu, to the point of becoming an incredibly effective competitor who put on a mental toughness master class for all of those who were lucky enough to watch.

It looked a little strange in this day and age where huge support crews in player boxes are the norm, to see that Dimitrov only had 2 supporters in his box (coach and physio).

There is a very good reason that the home-court advantage is a real and powerful effect and that is that we have evolved to be deeply influenced by others but Dimitrov’s steely focus throughout seemed amazingly unaffected.

2.) Responding to shaky early round form

Despite finishing the year on the ultimate high by winning the Tour Finals, Dimitrov has looked vulnerable in the early rounds of this year’s Aussie Open particularly on 2ndserve having served 16 double faults in his 3rdround win.

With confidence most powerfully affected by our most recent past experiences, Dimitrov achieved a consistent level throughout the match that looked more like a player who had turned up to the match flying high.

3.) He didn’t get caught up in helplessness

One human experience that often powerfully influences matches but is not often talked about is ‘helplessness’. This is the reaction we tend to have when we perceive that our efforts can’t influence the outcome of a situation and tends to lead to us giving up.

While many players facing the serving barrage that Nick Kyrgios was unleashing as the match went on would have become caught up in helplessness, Dimitrov, as Jim Courier pointed out, was busy problem solving shifting his position in the court and shortening his swings while staying focused on the gam estyle that would give him the edge.

4.) He recovered from getting tight

While Dimitrov got a little tight when trying to serve out the match at 5-4 in the 4thand got broken, not only did he recover but he played flawlessly to close the match from 5-5 to 7-6. Many players (and I’ve seen it several times during the 1stweek) become caught up in the self-judgment of getting tight and losing a lead (“you idiot, you should have won this set”), any while that is happening they go on to lose the set, and sometimes fold.

Dimitrov no doubt was highly frustrated at not closing it out the 1sttime, but he was able to refocus and actually take his game to a new level for the last 10 mins- amazing!

5.) He showed how to absolutely commit to his best gamestyle in the final tie-breaker

And when it came to the 4thset tie-break, Dimitrov was 100% committed to the strategy that he thought would give him the edge. With the new technologies available strategy is becoming even more of a hot topic than ever before but the fact remains that even the best strategy is useless for many players because they don’t have the mental skill to apply the strategy under the stresses and during the adversity that is almost guaranteed in matches.

Dimitrov showed us all how an uncompromising commitment to a helpful strategy can make all the difference in playing an incredible 4thset tie-breaker.

In total, he put on a complete master class of how to respond to the many mental obstacles that we face during matches by repeatedly refocusing and committing to helpful processes that increase the chance of success on each new point.

If you would like access to the Notice-Look Activity that we use to help our players respond well to unintentional thoughts and feelings like helplessness and nerves You Can Get It Here...