How Tennis Helped Save My Life... 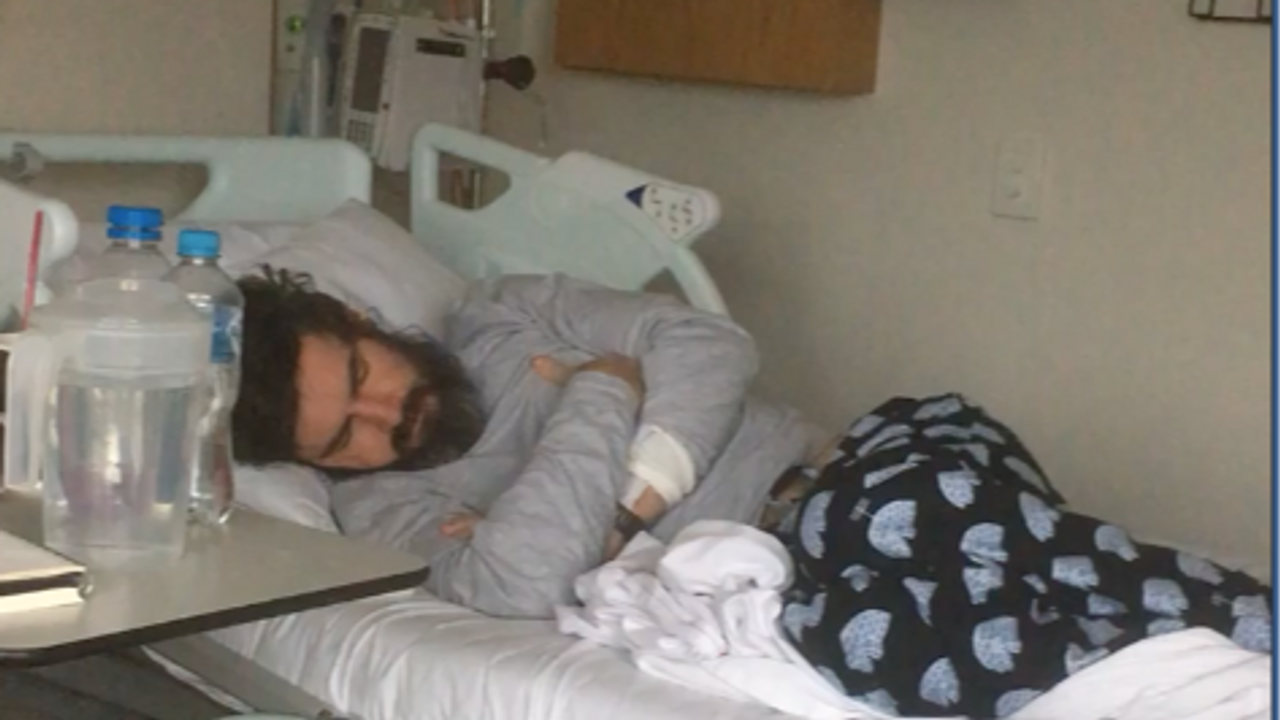 About 6 years ago my wife Cathy and I were out for our regular run.

After running at the same pace for a little while, being an avid and healthy runner at the time training for marathons, I would usually go off ahead and see if I could catch her on our return to our starting point.

But this day was different….As we ran I realized I was struggling to keep up with her.

We thought this was pretty funny at the time but over the next few days I felt increasingly weak, and on Friday the 13th of November, 2015, my life changed for the worse in a way that I could never have imagined.

Long story short and over the next 3 years I found myself in a brutal battle that is simply impossible to comprehend for those that haven’t experienced something similar.

Stanford researchers who have studied about 60 patients with similar symptoms to me have hypothesized that the illness is what they call the ‘Metabolic Trap’. A condition where they believe a reasonably common genetic mutation combines with a perfect storm of physical, infection, dietary, and even emotional stress which can cause a metabolic failure, in turn leading to severe muscle atrophy and autonomic nervous system failure (the system that controls some of our most involuntary physiologic processes including heart rate, blood flow, respiration, digestion, and temperature control). At its worst the illness can put sufferers in what treating doctors have called a ‘death like state’ only seen in the last days of life in illnesses like cancer and HIV.

At my best during this time I was able to walk up to 20 metres, go longer distances in a wheel chair, and have conversations with relative ease.

But at my worst, at one point for more than 500 days straight, I was trapped in a 2 x 2 metre invisible coffin which was my bed, unable to sit up due to my body losing the ability to pump blood against gravity meaning I would faint within a minute of two if I tried…

And any time I attempted to go outside these energy boundaries, the punishment was so severe that I was forced to lie perfectly still , unable to digest food other than fluids, and unable to tolerate others in my room or sounds of even a ticking clock, while I waited the 24-48 hours for the return of sufficient energy to roll from side to side again, eat again, or tolerate seeing other people moving in my room and hearing noises again.

Throughout my illness my passion for tennis, particularly working on Mentally Tough Tennis  via my limited ability to type on the computer, and watching clients compete and communicating with them via Whatsapp, helped give my life purpose and enjoyment, and also maintain hope.

Amazingly, as I learned how to better stay within my torturous bounds, in 2018 my condition began to improve.

And while there were many hurdles along the way including the terror of mental triggers when attempting things that had previously caused me to crash, over about 12 months I made steady progress to the point where I became confident that I would completely recover.

Thankfully, early in my illness, as doctors were doing every test they could think of to explain my condition, they found that I was also born with a bicuspid aortic valve, a genetic condition that 2% of the population have where the aortic valve has 2 leaves instead of 3. This causes the valve to wear out over time and also commonly results in the aorta weakening and enlarging over time to the point where it can tear causing death with no previous symptoms.

In my case, the aorta was enlarging at a quickening rate meaning I’ve been unable to exercise for the last couple of years to reduce the risk of tearing even when I recovered from my initial illness.

Eventually, I required open heart surgery which I had 6 weeks ago.

Upon reflection, my brutal initial illness is a story of incredible luck.

If I hadn’t have become sick, I never would have had the echocardiogram which revealed my heart condition. And so it’s reasonably likely that as an avid runner, surfer, and of course tennis player, I would have died while participating in one of these hobbies before now.

But instead, thanks to incredible luck, and the loving support of my wife, my family, and my friends who literally kept me alive when I was completely reliant on them during my illness, I am now able to look forward to a hopefully long and healthy life ahead.

But there was also another vital factor that skilled me to cope well with the challenges during that time, and that was the skills I developed via my life in tennis.

Among these well-earned skills that tennis have allowed me to develop include the ability to connect with a life purpose, to concentrate well in the present moment, to control my attention, to commit to helpful actions in the face of challenge, and perhaps most importantly to notice and choose responses to the frequently occurring fears, frustrations, and helplessness that we all feel as humans when faced with adversity and uncertainly.

And I again found myself calling on these skills in the lead up to, and recovery from my recent heart surgery.

First, accepting the fear and making the decision to go ahead with the surgery rather than postpone it further…

Dealing with the pain and extreme weakness as I embarked on doing what was required to train my lungs to breathe again in intensive care in the days following the surgery.

Regulating my attention to respond as well as possible to the pain of my broken sternum with the aim of getting off painkillers as soon as possible.

And responding as well as possible to the general frustrations and helplessness that are part of the post-surgery reality.

So what’s this got to do with you?

Well, of course, I’ve had a lot of time to reflect over the past few years and during the last 6 weeks as I’ve recovered from my surgery.

And so here’s how I think this is relevant to you as a coach, tennis parent, or player…

While I hope my communications help players more often achieve their tennis goals, I now believe that there are much more important reasons that I communicate through Mentally Tough Tennis than simply trying to help players win more matches.

Most of us have faced great challenges in life. And so you, your players, or your child will in the future.

These life challenges test the ability to continue to take helpful actions in the face of adversity, bad luck, unfairness, and painful emotions. These challenges also challenge the ability to live an enjoyable life regardless of anything tennis players are achieving on or off the court.

Having played tennis until I became ill, and having worked with people from many fields and sports, I don’t know of a single endeavour that helps people develop the mental skills that are the foundation for responding well to challenges, and living a generally enjoyable life overall, like tennis.

I know that there is a chance that for me I wouldn’t be alive today without the skills that tennis has afforded me.

The importance of tennis, and in particular the mental skill development to players' future life is much, much greater than how many matches they win, and what they achieve in the game.

My advice is to work to aim to keep this in mind as you continue in your tennis related role moving forward.

Have a great day