Nadal's Superpower and How Players Can Develop It... 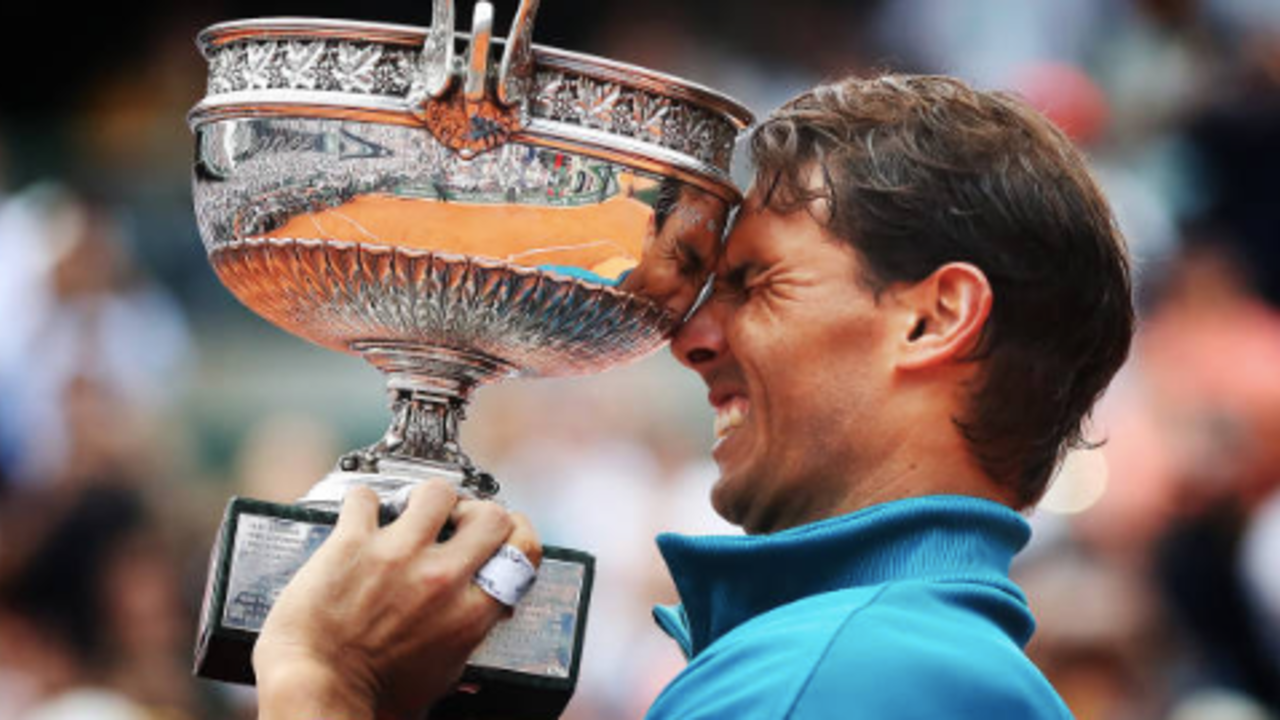 During the 2018 clay court season, Rafael Nadal broke another amazing record, becoming the first male player to win 50 straight sets on any one surface. Consider that in his last 46 sets on clay before yesterday, no opponent had reached a tie-break against him and just once had someone achieved a 7-5 loss and his mind boggling run seems even more astonishing.

It got me reflecting on the mental attribute required to achieve such a feat and one stood out.

Andre Agassi described this attribute well in his book: ‘Open’. He said this about the difference between the great champions and the rest:

“The more you can be present on every point. I think that’s why you see great champions separate themselves at the end of a set or at the end of a match, because they are the ones that aren’t changing in their execution. They are not assigning a value to any one point more than another. It is about what they do point after point."

So how can players develop this relentless, point after point, focus?

There are plenty of seductive stats that can confuse what players commits to.

For example statistically, the player who wins the most runs of 3 points in a row throughout a match almost always wins, and simply holding one’s first service game disproportionately increases the chance of winning. Consequently, it can be seductive to try to achieve momentum by intentionally focusing on trying to win runs of points or doing things such as “Getting off to a good start”.

As Andre Agassi also pointed out in his book, in all matches there will be points that turn out to be turning points, but we don’t know which points will be the turning points until we look back after the match. Therefore, it is the player who is most able to show up for ‘just this point’ committed to a process that increases the chance of success for just that point who will most often look back and find they get off to the most good starts, maximise runs of momentum, and win what turned out to be the crucial points.

So How Can Players Promote This Ability In Practice?

Players generally do a poor job of using rallying in practice to develop match play skills. One simple way to do a better job is for players to perceive every rally in practice as being like a point. A couple of ways to do this are to take at least 5 seconds between each simple rallying activity.

Players then might also use that 5 seconds to shift attention onto and commit to the process they want to improve before each rally starts.

Suddenly, with these 2 simple intentions players are powerfully training the foundations of making every point discrete. This possibility is often lost when they feed in quickly during practices in the hope of hitting as many balls as possible.

And second, when completing point play activities in practice it’s vital for players to develop the ability to, as Agassi says, execute the same on every point.

We do that by creating a routine that makes every point discrete and promotes a process commitment during the point. While the details of the routine I teach are beyond the scope of this article the basics are as follows:

During Point: Commit to helpful action that increases chance of success on that point (e.g., strategy, cue)

After Point: Check in to make sure I have committed to action/process commitment

It's a VERY good idea to devote whole practice sessions to this simple routine including both rallying and point play activities in this process because as Jim Courier said in one of my favourite commentating statements of all time: “The thing with ‘Just This Point’ is that it’s so damn hard to do”.

In the end the relentless ability of Nadal to achieve 50 sets in a row in such dominating fashion must be his greatest strength.

A superpower developed via decades of not being sucked into seductive stats.

Instead, taking the simple approach to practice and matches that the goal for every rally and point is simply to increase the chance of success by committing to a helpful process just one time- for the next rally/point.

A fairly good model for players to copy I would think.