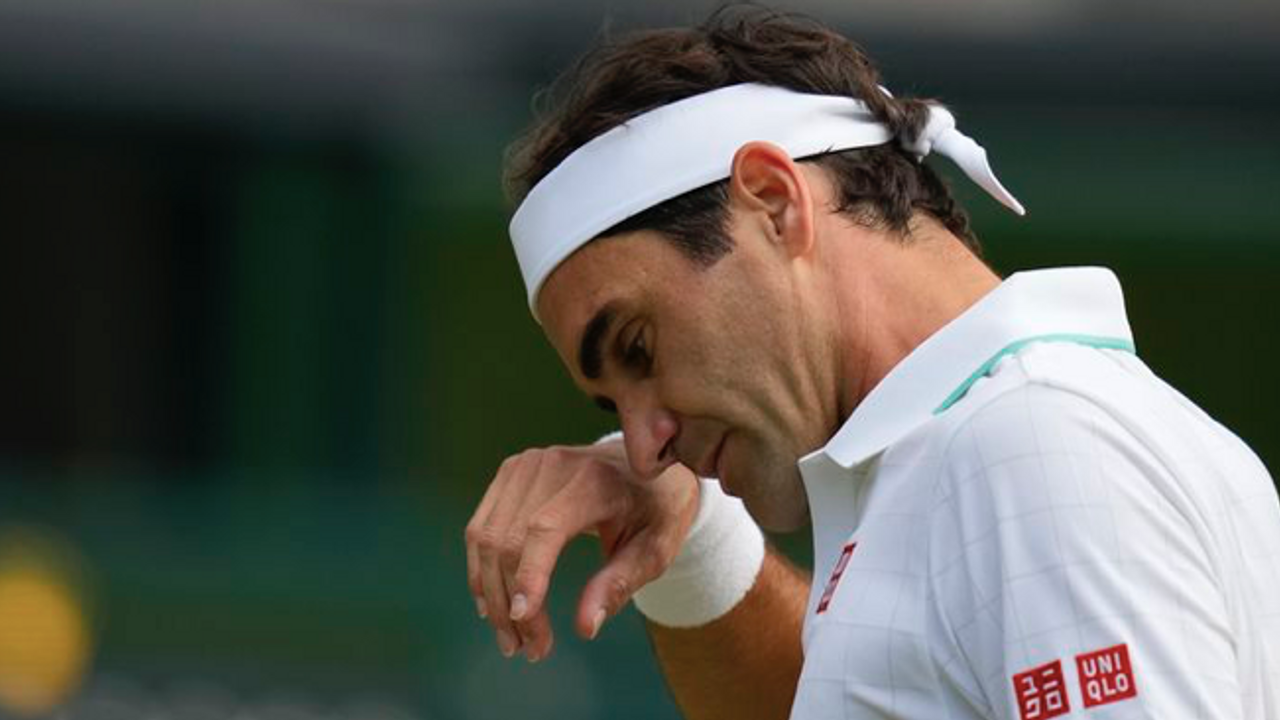 Almost universally, coaches and parents report to me their advice to players regarding competing effectively includes the aim to control uninvited match related thoughts and feelings like nerves, frustration, and helplessness. For example, statements like: "Believe in yourself", "Stay calm", "Don't worry about the outcome", "Accept errors", Don't get frustrated at the wind", etc, etc.

For example, when Roger Federer went down a break in the third set against Hurkacz, do you think his dominant thoughts and feelings were more reflective of self-belief or helplessness.

He let us know in the press conference that he was feeling helpless: "Well, in the last few games I could feel that I wasn't going to come back".

And I strongly suspect that based on the situation he was in, and the point he is currently at in his career, no matter what his coaches said before the match, or what he tried to do during the match, there was not much he could have done to prevent the reality of powerful helplessness feelings and the associated thoughts like: "there's nothing I can do" being a dominant part of his internal experience of the third set...

This is because, on this occasion, Federer became dominated by the internal experience of helplessness.

Our minds naturally look forward and predict the outcomes of competition.

When a player looks forward and predicts that there is nothing in his/her control that can influence the outcome he/she will experience helplessness.

The thoughts, “There’s nothing I can do” show up and his/her desire to compete is sapped.

Because we tend to act based on these experiences players tend to automatically weaken when they become controlled by this ‘submission’ response, and so it was for Federer.

This begs the question...

Should we be explicitly encouraging players to try to control difficult, unintentional match related thoughts and feelings like helplessness as they show up in matches?

In my view this is typically not the best way to help players.

In advising a player to best respond to helplessness. for example, during matches, here's a simple version of what I suggest coaches/parents include in pre-match chats:

Step 1.) Discuss and make a plan and encourage the player to commit to a helpful process (likely a strategy) that increases the chance of success.

This is the key move and is helpful for 2 reasons:

And second, noticing the helpless thought is absolutely a required step to having a chance to make a choice in what players do next with their attention and actions (as opposed to automatically acting based on the helplessness, which generally leads to a lessening of effort).

Step 3.) Next, as soon as players recognise that they've started to act based on the helplessness, we want to ask them to bring attention back into the present moment and commit to the action/strategy that we have discussed before the match (in the case that your player is skilled at problem solving during matches, you might ask them to employ the strategy that they assess to increases the chance of success for just the next point.)

Once a player has recognised and accepted the helpless thoughts as normal they are better able to draw themselves out of the global, automatic helpless actions and commit to an action that actually helps.

So that's what we need to advise them to do....

I would say something like: "Ok once you've noticed that thought "there's nothing I can do", thank it for the comment like you might thank a passenger on the bus you are driving who is trying to get you to drive in the wrong direction, then commit to (agreed strategy) no matter what for just the next point. And continually practice this process of noticing when you are automatically acting based on the helpless thoughts, and committing for just one point to do something that increases your chance of success on the next one."

For example, if Roger had have noticed his experience of helplessness in the third set, he may have been better able to recommit to more helpful actions that made the score closer which would have turn meant that Hurkacz would have felt more pressure, and perhaps self-doubt, in trying to finish the match.

Why this Works Better...

The reason this works better than expecting that players will not experience helplessness or have the ability to control it is simple.

And importantly, if a player can actually achieve the process I suggest above, they will likely increase their chance of achieving a successful outcome, which in turn will reduce the intensity of the helplessness experience without trying.