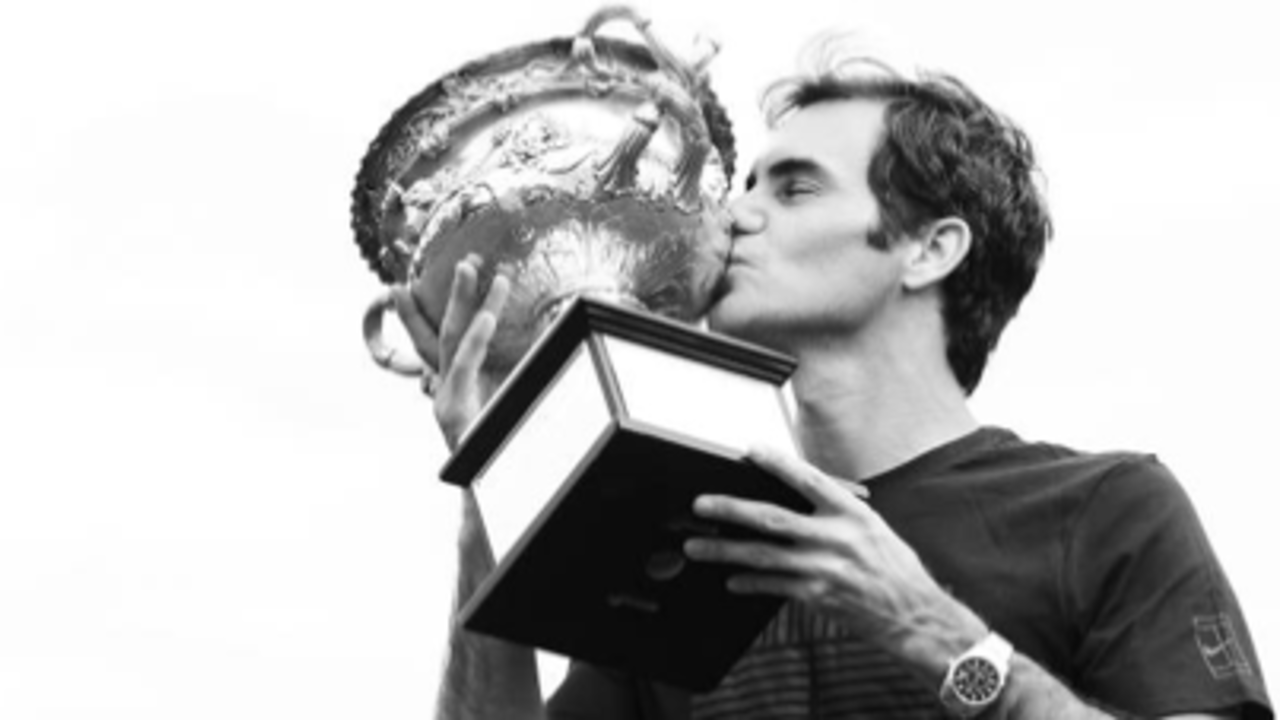 And a classic case study for how in vital ways the field of sport psychology has set coaches, parents, and players up for failure when it comes to developing long-term mental toughness. But to understand why this is so, I need first to summarize the match and Federer’s experience of it.

It was refreshing to hear Federer talk about how difficult he found the build up to the final.

He said, “Well I think my thoughts were all over the place all day, I was thinking what if I lost how horrible it would be to lose it, what if I won, it’s a late match start so I thought about this all day, I was so nervous going into this match.”

Part 2- Federer Looks To Make It An Early Night

With Federer off to a flyer as Cilic struggled to find his range in the cooler closed roof conditions, the 1stset was over in a flash. And early in the 2ndFederer looked like he was going to cruise to victory as he set up various break point opportunities.

He said, “When I got off to such a great start it made me think about winning, and ‘oh my god that would be so cool’…I was going through the whole match like this.”

Part 3- Cilic Makes It A Match

But right at that time Cilic started to strike form and came up with some huge plays to stave off break points in consecutive games. He was hanging on by a thread before suddenly getting a chance of his own to break Federer and take the 2nd. But Federer held on and we went to the breaker that felt every bit like a must win for Cilic to be a chance.

And luckily for Cilic, Federer felt this too as he said in his post-match interview, “I had my chance, Marin played well then I think I froze in the tie-breaker, I just think I got really nervous and then the match got tight.”

Part 4- Federer Regains Control And Looks To The Finish Line

With the tie-break pressure released Federer looked like he realized he had tightened and became more aggressive again and regained control taking the 3rd6-3. Then early in the 4thhe got the vital early break to lead 2-0 and earn a break point to go up a double-break that surely would have meant the end for Cilic’s hopes.

But once again, Federer described his experience of these moments, “In the 4thset I was thinking I’m so close right now, don’t mess it up.”

And suddenly Cilic started absolutely lighting it up and in what seemed like a few minutes he went from being on the canvas to winning 5 games straight in winning the 4thand break points against Federer in the 1stgame of the 5thset.

Part 6- Federer Does It Again

Federer said, “When we got to the 5thI couldn’t stop the bleeding almost it was a bad feeling. He was feeling it and he had the chance with break points and I’m just happy I got a 2ndchance because I personally think I probably wouldn’t have come back if he broke me 1stin that set.”

But despite his mental state, Federer lost just one more game going on to close out his 20thmajor and adding to a legend that may never be surpassed.

And on the feelings he had in achieving the feat, “I had a great run to the finals I was a huge favourite going in and I was so relieved when it was done, that I think is where all the emotions came from.”

So How Do Traditional Views On Competitive Effectiveness Sabotage Efforts To Be Mentally Tough?

Among the mainstays of sport psychology has been the idea that we should be able to control unintentional thoughts and feelings that show up when competing.

As a consequence coaches and parents spend a lot of time explicitly trying to get players to control unintentional match related thoughts and feelings. And if a parent or player goes to see a sport psychologist they almost certainly have the belief that their/their child’s competitive issues lie in their feelings of nervousness and frustration, or excessive outcome or ‘negative’ thoughts. Sport psychologists then in turn begin beating their head up against a brick wall trying to help player improve ‘emotional control’.

All in all, these approaches generally don’t work and actually increase players’ belief that they ‘have problems’.

So What Should You Do?

If you are a coach who wants to know the simplest way to help the highest % of your players improve the most, here is what in my opinion is the most important single piece of advice you will ever receive:

Print this article and read it over until you are clear that the greatest men’s player of all time can’t control his emotions and unintentional thoughts.

And reflect on the idea that if he can’t do it,  your players, are probably going to have a hard time doing it…

Instead of holding on to the expectation that players should work towards improving their ability to control unwanted thoughts and emotions during matches; since these experiences are based on the situation and a players history within similar situations; NORMALIZE the difficulties and work towards building TOLERANCE for having those difficult mental experiences since they are going to occur so frequently.

This is what I call ‘emotional fitness’ and is the opposite of ‘emotional control’.

From here a player is much better placed to build skills that help them control their actions despite having natural difficult internal experiences.

While it is far from the ideal solution that is proposed by the idealistic sport psychology traditions, as Roger Federer has shown, developing this skill has been useful enough to contribute to him winning 20 Grand Slams…Not bad for someone who lacks the ability to control his emotions!

If you would like access to the Notice-Look Activity that we do with our players to promote the ability to respond well to the frequent difficult feelings like nerves that show up during matches You Can Get It Here...