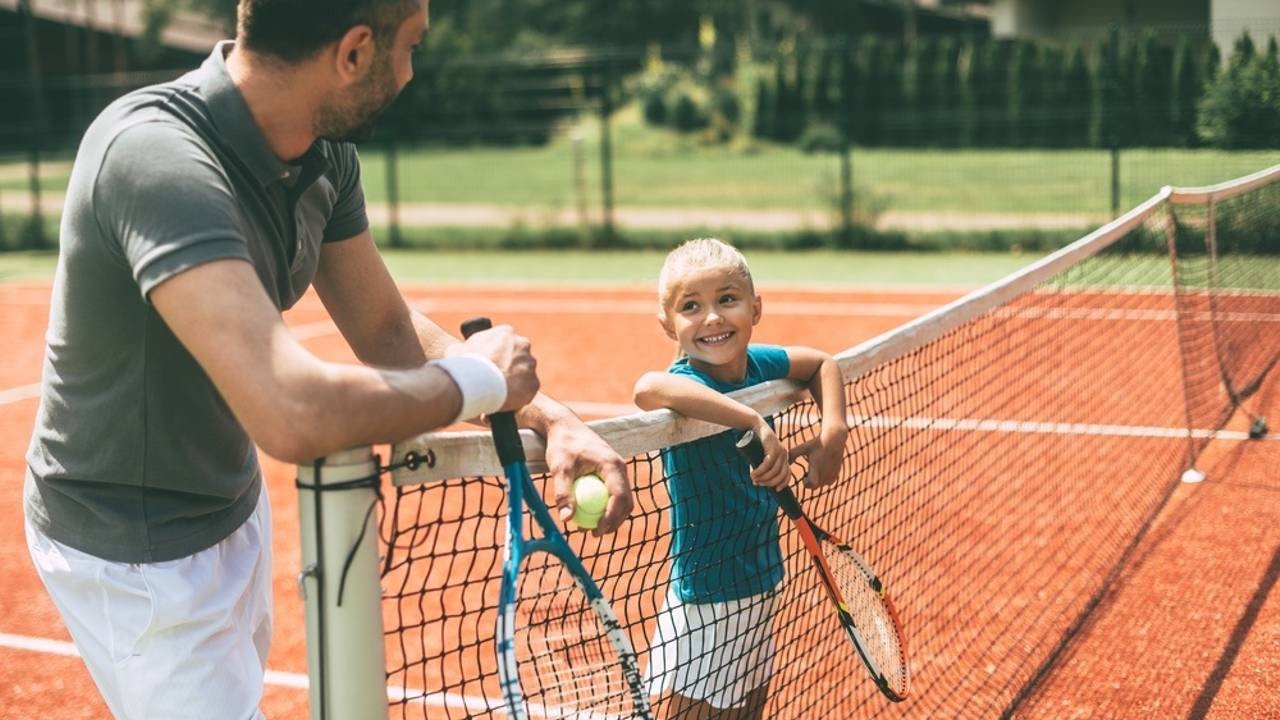 With Naomi Osaka's recent withdrawal from the French Open, I've been reflecting more than usual on the development on mental health through tennis participation.

With all of our mental health experience being a result of a complex interplay between our in born traits, developmental experiences, and current circumstances, I would like to focus on one element of these important contributors to mental health outcomes of tennis players.

And that is the ability of parents to successfully and consistently communicate what is called 'unconditional positive regard', throughout children's development in tennis.

Having been a sport psychologist for 15 years, I have supported hundreds of players during periods of mental health struggles.

And while any player can develop serious mental health issues (reliable research suggests 50% of us experience suicidal thoughts at some point during our lives), due to a perfect storm of factors associated with tennis parenting that make parent-child tennis communications so powerful, it’s important to be aware that it's MUCH more likely that children will go on to develop detrimental adaptations on the court, and mental difficulties off the court due to ‘parent conditional regard’.

Parent Conditional Regard and the Shame Emotion…

Parent conditional regard occurs when parents accidentally communicate love conditionally by tying special rewards and attention to winning, or withdrawing affection or attention for losing.

It is crucial that we know that parent conditional regard is most commonly subtly communicated without a parent's awareness via non-verbal interactions and emotions.

This means that due to the incredibly emotional nature of tennis parenting, all parents are at risk of communicating conditional regard.

On the Court: 2 Ways Children Come To Avoid the Shame of Defeat…

In tennis, when children are competing for parental approval, because of the psychological power of parent-child interactions, sport becomes a test of self-worth that is dependent on high performance.

As a result, instead of experiencing the normal level of fear of failure that comes with competing, players begin to fear failure more intensely because of the shame they learn to associate with loss.

Shame is an incredibly debilitating emotion and brings with it a sense of being defective, worthless, and helpless, along with being exposed to others as unworthy of love.

Quite simply, when children start to experience shame instead of the normal pain that comes with defeat, they tend to respond predictably and urgently to avoid that feeling by way of 2 main ‘avoidance focused coping’ pathways on the court.

In psychology, this path is called maladaptive perfectionism.

What occurs here is that because players become so scared of feeling ashamed when they lose, they become incredibly motivated to avoid losing at all costs.

This scenario can result in a huge drive and extreme investment to act in ways that reduce the chance of feeling ashamed (because shame feels so bad).

And in situations when the child perceives that there’s no other alternative, this path can produce champions (usually short-term).

Unfortunately, it comes at a big cost...

And while this avoidance fuelled solution can be workable in the juniors for some, it’s increasingly likely that as players get older and their competition gets stronger, more frequent losses will be unavoidable.

So at some stage along the developmental pathway in most cases of parental conditional regard, players tend to resort to the 2nd on-court pathway.

When children whose parents communicate conditional regard encounter situations in which losing (and thus shame) is a significant possibility, they tend to enact defences such as avoiding challenges, acting angrily, ceasing performance effort, disengaging from the task, or withdrawing physically.

Unfortunately, as players enact these responses more habitually, they’re very hard to change as all serve to protect players from the shame that they’ve come to associate with loss.

Off the Court: The Common Development of Mental Health Issues...

And off the court, as mentioned above, due to their sense of worth being reliant on winning, players whose parents have been unsuccessful in communicating 'unconditional positive regard', are more likely to develop mental health issues.

The important thing to realise is that this process is just as likely to play out in players who have become champions through winning more to avoid shame, as it does with those who solve the problem of shame in ways that increase losing.

So as we watch the best players in the world compete, particularly young phenoms, it may be helpful for us all to reflect on the fact that some have become so great at tennis, due in part to detrimental parent communications, and at the cost of their mental health.

And this for me serves as a powerful reminder for all parents to make the absolute priority of their role as a tennis parent to successfully communicate unconditional love throughout their child's tennis participation.

If you would like to access our 10 Commandments of Parenting Mental Toughness Checklist You Can Do So Here...