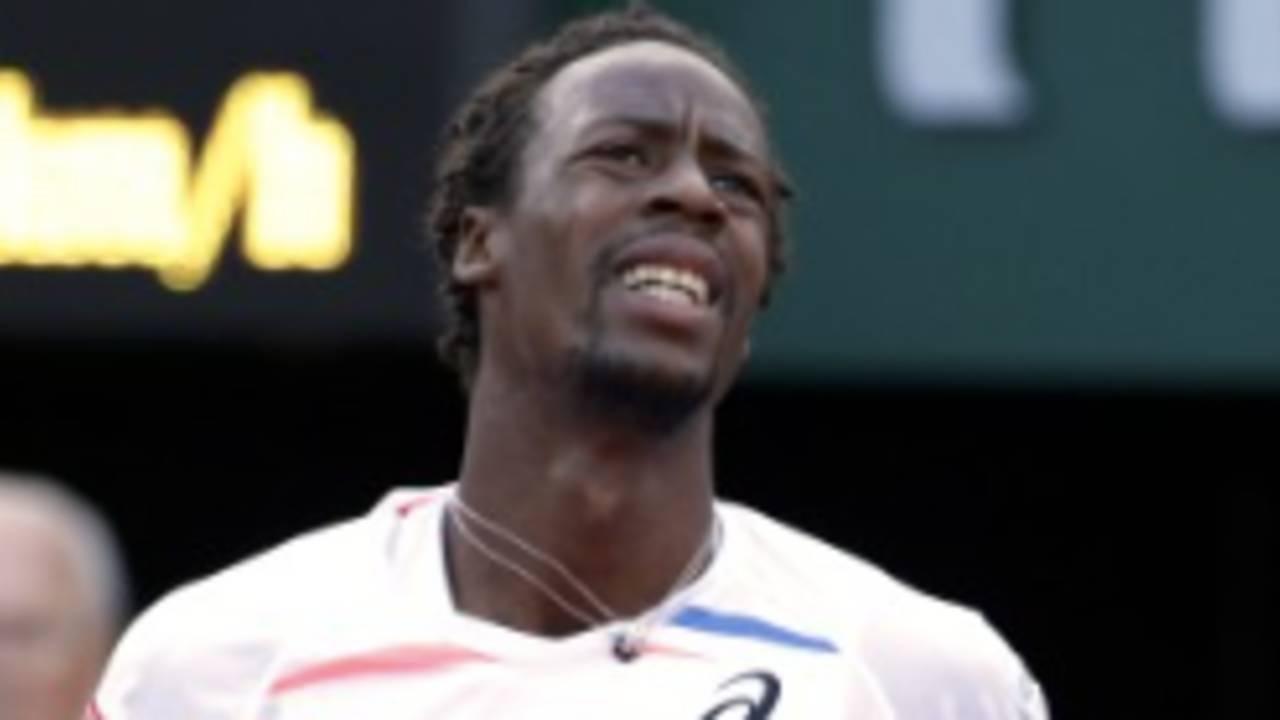 He explained it best in his post-match interview, “The court was slow, he (Nadal) started playing a lot better, making fewer mistakes, and I threw in the towel…I don’t usually do this, but I thought, I’m not going to come back. Not against Rafa. He’s such a good player”.

Ferrer, on this occasion, became dominated by the internal experience of helplessness.

Our minds naturally look forward and predict the outcomes of competition.

When a player looks forward and predicts that there is nothing in his/her control that can influence the outcome he/she will experience helplessness.

The thoughts, “There’s nothing I can do” show up and his/her desire to compete is sapped.

Because we tend to act based on these experiences players tend to automatically weaken when they become controlled by this ‘submission’ response, and so it was for Ferrer.

Meanwhile, at the very same time, Gael Monfils’ effort level was swinging at such intensity that it sent Andy Roddick into a twitter spin…

At the end of the 2ndset Roddick tweeted, “Nothing pisses me off more than watching someone giving a horrible effort…showboats when winning and roll over when down”.

Then when Monfils stormed back, “Props to Monfils for turning this around. I 100% thought he was gonna tap out for good after tanking the second…much better effort”.

But when he collapsed in the 5thRoddick said, “Disregard last tweet”.

But why would Monfils display such bipolar effort levels when he had the chance to go to the French Open semi-finals and maybe beyond?

From the outside looking in, it appears highly likely that he fell victim to the 2ndcommon reason players give up.

When we compete we have 2 basic motivations: the desire to win, and the desire not to lose (These may sound the same but they are not, and can result in very different internal experiences and behaviors).

Whenever a player enters competition the internal experience of fear is associated with the desire not to lose.

Fear feels bad and this can often lead a player to make intentional or unintentional efforts to get rid of it when it arises.

While taking a deep breath can be an example of an intentional attempt to reduce fear, 1 way that a player can reduce fear without realizing it is by giving up.

When we don’t care about an outcome of an event the fear goes away!

Giving up can also serve the purpose of avoiding the pain that comes with actually losing after trying hard.

After all, losing tends to hurt a little less when in the back of our mind we have that out clause to protect our ego, “I could have won if I kept trying”.

My experience has been that when players give up, reducing the anxiety that comes with the possibility of losing, and avoiding the pain that comes with actual loss are often major causal factors.

And it appears that Monfils is a serial offender in this regard.

What Can We Learn From These Matches?

If you are a coach trying to help a player compete more effectively, here are 2 things to consider:

1.) Seeing 2 of the best players in the world capitulate so completely is a great reminder of the incredible challenges to competitive effectiveness that tennis presents every time players enter competition.

Keeping this in mind is helpful in approaching conversations regarding giving up in a sensitive manner.

This approach will likely increase players’ willingness to explore the topic, and hopefully gain insight that will empower them to move towards behavior change.

2.) Ferrer’s quote regarding the thoughts that he experienced against Nadal are a strong reminder that difficult thoughts and feelings such as helplessness, fear, and frustration frequently arise during matches based on the match circumstances and a player’s learning history in that circumstance.

Although tempting, it’s likely NOT HELPFULto encourage players to try to ‘control’ the difficult thoughts and feelings in such circumstances, (i.e., tell them to “Believe in yourself”, “Don’t worry about the outcome”, “Think positively”, etc).

Instead, it’s a player’s ability to become fitter in having these naturally occurring internal experiences, and respond better to them when they frequently arise (without trying to change them) that determines long-term mental toughness.

If you would like a Competitive Issues Booklet we put together designed to help players understand and respond better to the habit of giving up (specific to your role) You Can Get It Here...

Wherever you're reading this, scroll down. Leave us a comment or question, and all the best for the coming week :-)...