How and Why Serena Failed To Follow the #1 Rule Of Tennis Success... 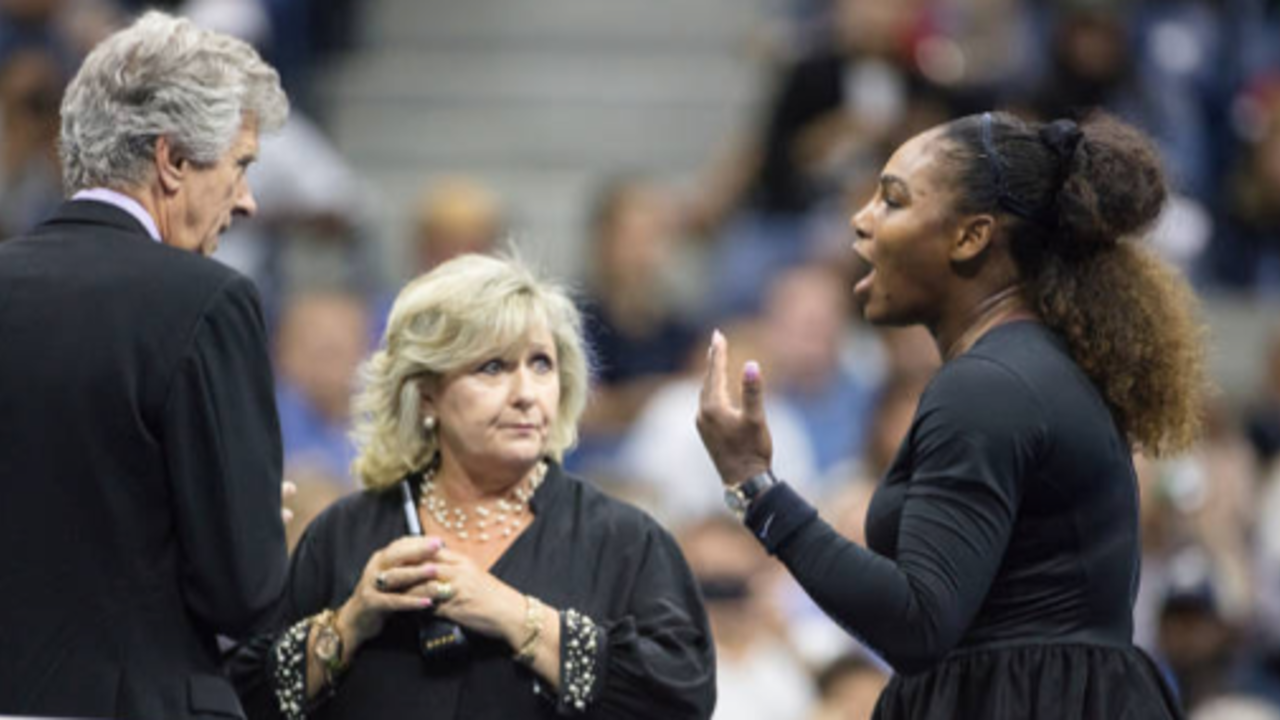 If ever there was a match that points a microscope on the mental challenges that competing in tennis ensures it was this match.

It spoke to the mess of applying what tennis psychology legend Dr Allen Fox calls“The #1 Rule of Tennis Success” that even the greatest tennis competitors can make:

Never Do Anything That Doesn’t Increase The Chance of Winning

It seems like this should be so simple right…

So why is it that even Serena Williams, the player who has successfully applied this rule at the highest level perhaps better than anyone in tennis history, so spectacularly failed to apply it in the final?

Well, as simple as it seems, the human condition combined with the nature of tennis means that what seems like it should be so straight forward is actually incredibly hard to do.

But Why Is This?

The basic reason is that losing is emotionally painful due to our brain’s inclination of interpreting a tennis math akin to a life and death battle.

And so, as we compete there is a steady flow of unintentional thoughts and feelings assessing the likely outcome of the match.

So when players naturally ponder the possibility of losing, they experience fear.

And at some point during every match at least one of the players in every match predict that they will likely lose.

So with Serena being comfortably outplayed by a rampant Osaka, what almost certainly occurred was that she lost sight of the primary goal of the match: To Win, and instead her actions became motivated by reducing the fear of possibly losing, and lessening the predicted pain of actual loss.

Explosive anger and excuses are a powerful way that our brain can reduce fear and emotional pain and the fact that Serena’s actions almost certainly became dominated by the urge to reduce emotional fear and pain in this way is an incredibly important lesson for all coaches, parents, and players.

After all, if perhaps the greatest player of all time can lose site of the simplest and most important rule in tennis success, then it most certainly will happen regularly to the rest of us.

5 Tips For Coaches and Parents…

1.) The 1stkey is to understand that as simple as it seems, consistently acting in ways that increase the chance of winning is incredibly hard to achieve because of the way our brains interpret competition

2.) All players are vulnerable to failing to apply this rule and it will most often occur when 2 things happen at the same stage of the match: i.) Something goes against the player (e.g., bad call, missed easy shot), and ii.) the player is at a stage when they are predicting that they will likely lose (so if Serena felt like she had Osaka’s measure, she wouldn’t have been as bothered by the coaching call by the umpire).

3.) Three of the most common responses which serve the purpose of reducing fear and avoiding pain are explosive anger, tanking, and excuses.

4.) To best skill players to respond well to these inevitable challenges, have frequent discussions where you normalize the fear of losing and the pain that comes with it, empathize with the challenges that competing in tennis presents, recognize when players compete right until the finish during losing efforts, and communicate positive regard for players when they lose. In combination, these communications will allow players to feel safer to put it all on the line with less fear of failure.

5.) Overall, realize that in the majority of cases because of the incredible challenge that the guaranteed frequent emotional difficulties of competing in tennis present, it is the more often the skill of acting well while feeling bad that is the key to being successful, rather than the aim for the ideal performance or ‘zone’ state.

And given the inner turmoil that she must have been experiencing in trying to close out her 1stGrand Slam victory, Naomi Osaka showed this to be true in a simply amazing effort to close out the match playing at such an incredible level.

If you would like to choose a Free Booklet to guide you in overcoming Choking, Anger, Tanking, or Poor Concentration (specific to your role as a player, parent, or coach) You Can Get It Here....