Why Do Players Act Angrily? 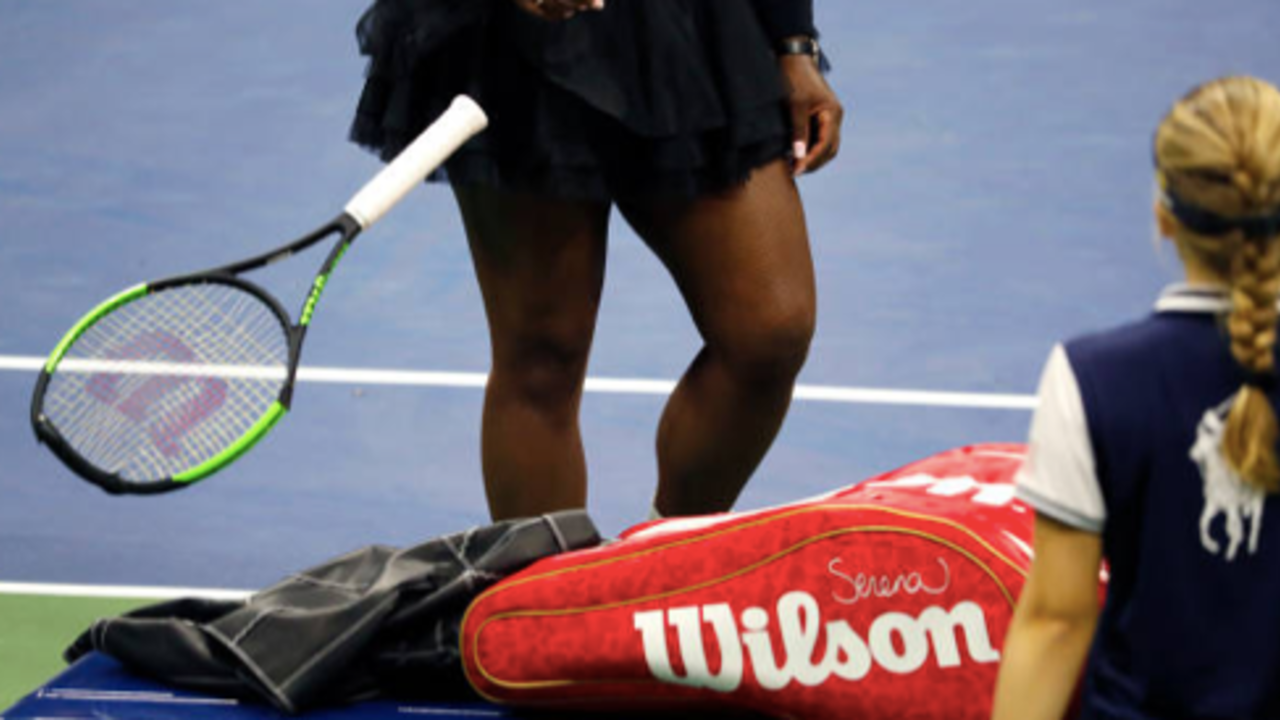 When players act angrily, to overcome it they usually need to first understand why they are acting that way. At first sight, we might assume that the anger comes from the frustration of not meeting performance expectations, or from being wronged (such as being cheated), and this can be the case. But there may be other reasons for player anger.

Let’s first look at 3 reasons players might act angrily during a match:

1.) Caught Up in Frustration

A common reason players become angry is that they become caught up in the internal experience of frustration.

For instance, if a player performs an action that doesn’t move them towards victory they may experience the thought, “That’s not good enough.” Similarly, when a player’s opponent makes an unbelievable play or if the umpire makes a bad call that moves them away from winning they might naturally experience the thought, “That’s not fair,” which will also evoke frustration.

The player can then naturally become caught up in the frustration that these situations evoke. When this occurs their behaviour will tend to become dominated by this internal experience.

So not satisfying the desire to win during competition brings frustration. And we naturally become swept up by this internal experience which feels bad. This can then lead a player to act angrily/aggressively to reduce the internal experience of frustration since they would rather not have it. This concept can be challenging to grasp so let’s use an example to help explain it.

The next time the player experiences frustration they will now also experience an urge to throw the racquet based on it serving the purpose of reducing this frustration. And the more this process occurs, the more automatic the response of throwing the racquet to feel better can become.

So what you are seeing in this case of anger may be a consequence of the player both being caught up in the natural response to frustration as well as efforts to reduce the feeling.

3.) To Reduce Anxiety and/or Avoid Pain

When players compete, besides the desire to win, they also have another desire- the desire not to lose. These may sound the same but they are not and can motivate very different responses.

So, for example, when a player misses an easy shot at a crucial time of the match they may experience frustration to do with moving away from their natural desire to win, while at the same time feeling anxiety regarding moving closer to their desire not to lose. Their mind may even jump forward to consider the possibility of the emotional pain of losing. The interaction of these motivations is represented in the following diagram:

So not winning/losing naturally evokes both frustration and anxiety. And although we don’t like frustration, most of us would say we prefer frustration to fear. Our brain naturally has strong urges to reduce the internal experience of anxiety during competition. One way we can achieve this is through anger. As our anger increases it reduces our fear response.

Have you ever recognized how when you're really angry you don’t notice nervousness at the same time?

So players might also explode in anger primarily to reduce the feeling of anxiety that comes with losing...

At some point the player might act angrily to release the internal experience of frustration. But not only will this action reduce frustration but it will also reduce anxiety. By throwing their racquet the player has learnt an even more attractive lessen than reducing frustration. Their brain also now knows this, “The more angry I act the less I feel anxiety/fear.” And since anger feels better than fear, when a situation triggers his/her fear of losing, he/she might come over time to use anger as a way of reducing the experience of fear (once again this usually occurs without a conscious awareness of the process)...

If you would like all the details on how to overcome/help a player overcome their anger issues You Can Do So by accessing our Anger Issues Booklet Here...